Sometimes You Just Have To Let Things Happen

I’ve spent a nice bit of time, on and off this last two weeks, in Dallas, Texas.

Between mastermind meetings and Superconferences, what I’ve also enjoyed, has been catching up and spending time with colleagues and friends in the dental industry.

That’s the beauty of masterminding and networking.

It brings together the cream of the crop. 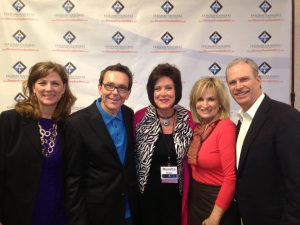 Those who seek out information, and seek more knowledge, are drawn to these types of events.

It’s great to be expectant of “bumping into someone” at these events.

And often it’s the excitement of meeting new people as well.

One of my good friends has recently left the practice of dentistry and is making himself an exciting living as a networker. Outside of the field of dentistry.

He’s had an interesting career in dentistry. Where he’s worked in his own businesses, as well as in partnership, and for other owners, dentist owners, as well as corporate owners.

My goodness, he seems to have seen quite a lot in dentistry.

And that’s been the joy, for me, of listening to his tales and stories, of his journeys, both on the tools and also in advising and consulting dental owners as well.

I like his tale, his story, his lesson, about working for owners who “just didn’t get it”.

People who changed things because of lack of knowledge, and shortage of information.

And not because information was scarce.

It was more because they chose not to seek out, listen and learn.

My friend told a story about a Dental Office he worked at in Texas that pulled the pin, or stopped using, Infusionsoft for their marketing.

And Infusionsoft is one of those really great tools that all businesses can use for tracking, intricately, their CRM [Customer Relationship Management] and database.

Digitally and virtually. And physically.

My point is here that the new owners chose to discontinue its use.

Because they did not understand its use. And its power.

So my friend and his employers parted ways.

The dental office did not grow without my friend, and the CRM.

Sadly, it was sold later on, in disarray, close to bankruptcy.

Which is not a story with an ending any businessperson, and dental office owner too, wants to here.

And here’s my point.

Sometimes you’ve just got to *believe*.

And let go and trust.

Little boys need to fall off their bikes.

They need to graze their knees.

And get down and dirty.

And learn from the school of hard knocks.

Because you can’t teach a child how to ride a bike without having that faith….

The faith that they will get it right, eventually.

And keep on. And balance. And ride.

And sometimes in business, you need to have that faith…

It’s said, that everything happens for a reason.

That there is a divine plan.

Thirty-five years ago I read a book called “The Man Who Gave The Beatles Away”, by Allan Williams.

It’s a sad story, because through his own admission, Allan Williams should have been the manager of The Beatles.

But he decided to part ways with them, just before they made it….

Because he just failed to see it. To trust it. To believe it.

And the rest, as they say, is history.

I’m not saying go out and build a baseball field in your corn paddock.

And where do you get that belief?

By networking, masterminding, and seeking out knowledge…

And hanging around, and associating, with other believers..

The Ultimate Patient Experience is a simple easy to implement system that I developed that allowed me to build an extraordinary dental office in an ordinary Sydney suburb.  If you’d like to know more, ask me about my free special report.