Is The Art Of Problem Solving Missing At Your Dental Office?

There’s a simple lesson to all businesses out there.

The lesson is out there, yet so many businesses are not heeding the lesson.

And I’m really not sure why not.

The lesson is simple:

Is this message being lost as it passes from those at the top making decisions to the people working on the front line?

Or are the people on the front line incapable of doing, or seeing, what’s best for the customer?

Just this week I’ve experienced two situations with two big businesses that didn’t really give a rat’s about helping me, their valued customer.

Or in making me feel valued, as their customer.

And sometimes it’s that way in the Dental Office as well.

Sometimes while the Dentist owner is busily working away treating patients there are members of his team doing nothing, or not much.

And I mean nothing.

And sometimes while the Dentist is busy treating patients there are team members answering the phone abruptly, or being less than courteous when it comes to dealing with patients both in the Office as well as on the phone.

“But that doesn’t happen in my office”.

Sadly it happens all the time.

Do you think the CEO of Telstra is concerned that I spent over two and a half hours on the phone today trying to have my ADSL Broadband service reconnected after someone at Telstra accidentally had it disconnected.

Do you think Telstra cares that the way I was treated by them, my “experience” if you will, was far from world class?

“Unfortunately Mr. Moffet we cannot just reconnect you, as this job is now complete. You’ll need to apply again and open up an entire new account…”

“I can see on our system that you did not order this disconnection. It’s a system error”

This is all I heard…

And sadly, “We are truly sorry for sucking two and a half hours out of your day Mr. Moffet, and here’s what we’re going to do to make up for our inconveniencing you” said no Telstra employee ever.

How powerful would it have been if I’d have heard the following words volunteered:

“We are indeed sorry for this terrible mix up Mr. Moffet and to show how sorry we are and how much we value your business, I’m going to credit your account with three months free service just to go part ways towards saying how truly sorry we are.”

Not on your nelly!

My second encounter of brains playing second fiddle came at San Diego airport this week, where I was checking in for my flights home to Sydney via LAX..

I’d arrived early for my 725pm flight, and upon my arrival at American Airlines check in, not only did I find out that my flight was going to leave later, but also, that I was not at the correct terminal.

I needed to catch an airport loop shuttle bus to the American Eagle terminal.

On this bus were two other people who told me they were due to catch a 615pm flight to LA. There was still time, they said.

I asked him whether he thought I should go on the 615pm flight to LA, as it was yet to depart, and he told me no.

On following his advice I passed through security, only to find there was no Admiral’s club in this San Diego “terminal”.

There was no lounge, period. Just gate seats.

And I was to be there for maybe three hours…

How was I ever going to prepare for my long trip home over the Pacific?

Quickly, I summed up my options and went to the gate, where the 615pm flight to LA was beginning to board.

“Are you able to find me a set on this plane to LA?” I asked.

The lady checked her computer….

And issued me with a new boarding pass.

And I was on my way.

Where they have an Admirals Club lounge.

My question is this:

Why was my first American Eagle attendant so unhelpful? Why was he not attuned to my need for a comfortable place to rest up before my near twenty-four hour journey home?

Both the American Eagle check in person, and the Telstra people I dealt with, were caught up in protocol and procedure, and appeared to be in no way concerned with problem solving and Service Recovery.

Wouldn’t it have been wonderful if the American Eagle man checking my luggage had suggested I race through and board the 615pm to LA, because the facilities at LAX are far more comfortable than those at his San Diego terminal.

Sadly, in both company’s cases, Customer Service Eyes were not switched on.

In both instances, I felt as though nobody really cared to make me feel important, as Mary Kaye Ash would say. 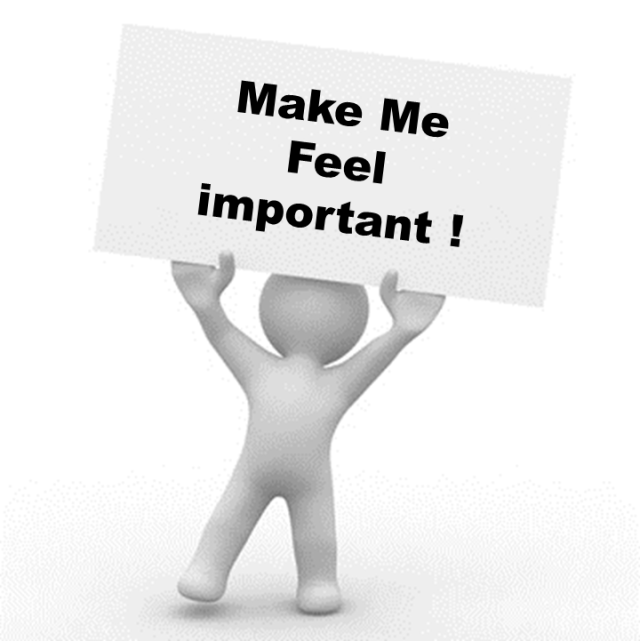 Is that desire to problem solve, to make someone’s day, being lost in today’s busy world?

Because if it is, then it’s easy, very easy, as a World Class Dental Office, to provide your clients and customers with an “Experience”, an Ultimate Patient Experience, that says to your patient:

“These people are different”.

“This place is different”.

From every other Dental Office around.

And from most, if not all, other businesses out there. 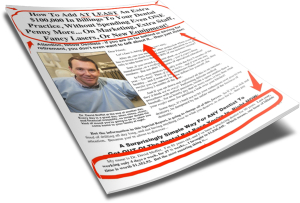